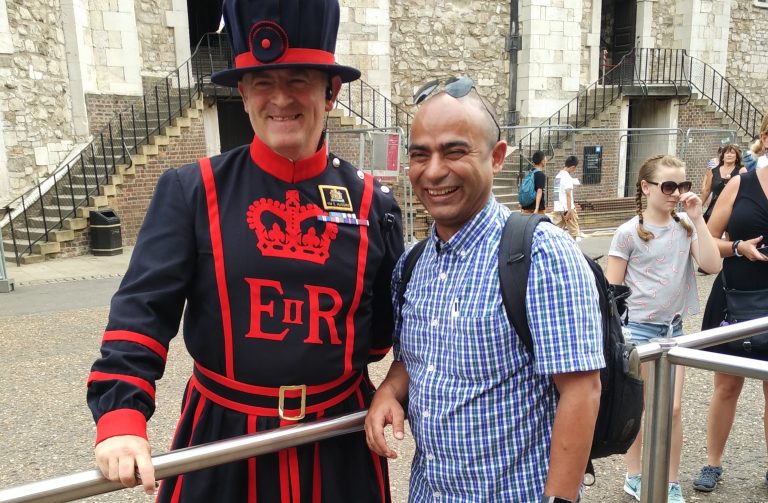 Congratulations to Dr. Dhruv Ghosh who has secured a prestigious award for CMC Ludhiana. The NIHR Global Health Research Unit on Global Surgery was established in July 2017 following substantial investment (£7M) from the National Institute of Health Research Overseas Development Aid funds.  The Unit is led by the University of Birmingham in partnership with the Universities of Edinburgh and Warwick, along with partners from the GlobalSurg Collaborative in a number of Low and Middle Income countries (LMICs) The research unit conducts multicentric and multinational research projects in low and middle income countries with the objective of improving surgical care in these countries.

GlobalSurg does this on a hub and spoke model, with the hub being the centre of research in a country and conducts research by itself as well as through spoke hospitals and institutes countrywide. Five such hubs have been established worldwide (Mexico, Rwanda, South Africa, Ghana and India). India is the latest research hub which has been approved and set up with funding through the University of Birmingham. Christian Medical College Ludhiana has been chosen as the research hub institute for India and it is a matter of great pride for all of us. The first randomised controlled trial (FALCON) which will run through the GlobalSurg research hub in India is now recruiting its first patients. We expect that by the end of this year three more such research projects will begin, being coordinated through the research hub at CMC Ludhiana.

The memorandum of understanding and contract has been signed between the University of Birmingham and Dr William Bhatti, Director on behalf of CMC Ludhiana.  The GlobalSurg office has been set up at the Betty Cowan Research Centre as well as on the 4th Floor of the hospital. This office is fully staffed now and functional.

The second funded project from GlobalSurg called ACCESS is soon to be placed in front of the institutional research committee. We look forward to more projects involving more surgical researchers in CMC Ludhiana as well other centres in India. The plan is to involve different researchers in each project.

Research and publications play a large part in the league tables for internationally rated medical colleges. Competition for awards such as this is very hard.  Please pray hard for the success of this initiative. Dr. Dhruv really enjoyed his visit in the UK when he came to apply for his funding.